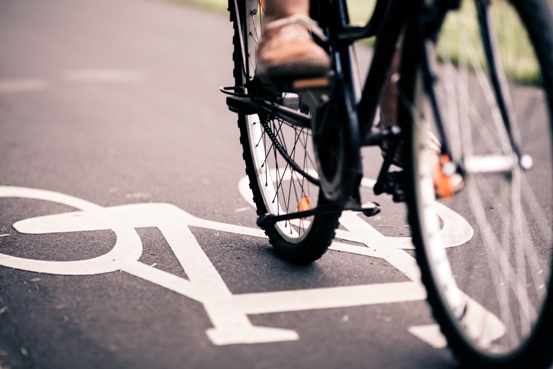 Bicycle collisions can cause serious injuries and permanent disability for cyclists, and riders have a right to hold negligent drivers accountable for these losses. Unfortunately, injury victims also have the burden of proving the at-fault driver’s negligence in a lawsuit—and if they cannot prove negligence, they will not be able to recover payment.

In all personal injury cases, it falls to the victim to prove that the negligent party acted in a way that resulted in injuries. Since many victims are already struggling after a bike collision, an attorney can take over these legal matters, collecting evidence to prove negligence while you recover.

You will need to prove that:

Who Can Be Held Liable for a Bicycle Collision?

The person you should sue for damages (called the defendant) is the one whose actions led to your injuries. In most cases, the defendant is the driver of the car, truck, bus, or other vehicle who struck you while you were riding your bike. However, there may be other negligent parties who share liability for the crash.

Potential defendants in a bicycle crash case might include:

What If I am Partly to Blame for the Crash?

Even if you share fault for your injuries, you still may be able to recover damages. While Washington DC previously barred cyclists from recovering injury compensation if they were even 1% at fault for the crash, the District recently passed legislation allowing injured bicyclists and pedestrians to recover damages after a crash.

Like many other states, Washington DC now operates under the doctrine of comparative negligence in bike injury cases. This means that as long an injured cyclist is less than 50% responsible for the crash, they can recover damages. However, the amount of damages awarded will be reduced by their portion of fault. For example, if you are awarded $100,000, but the court finds you to be 25% negligent, you will only receive $75,000.

Even though comparative negligence makes it more difficult for insurers to pin the blame on a cyclist, they will still try to get you to assume as much of the blame as possible in order to pay you less in your claim. For example, the other driver’s insurer may attest that you violated the law or were operating your bicycle in a negligent manner.

However, Washington DC bike laws are fairly generous to cyclists, allowing them to ride in traffic, in bicycle lanes, and even in crosswalks. Cyclists can even split lanes, use hands-free phones, and overtake other vehicles on either side. If you are not sure whether you were breaking a traffic law, you need someone on your side who knows these regulations inside and out.

Why It’s Vital to Contact an Attorney After a Collision

The right bicycle crash attorney can be extremely helpful even before you decide to hire them. At my practice, I offer a free consultation to listen to the details of your crash and explain what I would do in your situation—all at no cost to you.

If you decide to retain me as your counsel, I dig into the details of your case. This can include examining police reports, medical records, and insurance policies to find the most effective way to argue your case. If I am unable to collect compensation for you, you will not owe me any attorney fees, making your contact with me risk-free.

If you or someone you love has been hurt in a bicycle crash, I will fight to get you the compensation you deserve. Contact me today to get the help you need.